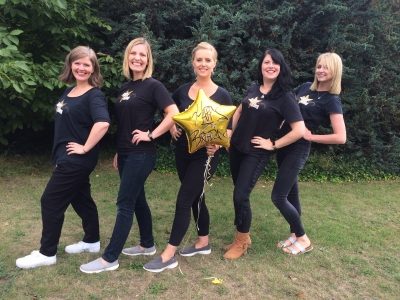 It seems only 5 minutes since ‘Got 2 Sing’ choir first opened its doors in Stourbridge, yet the reality is it is 7 years this September. Time flies when you are having fun and fun is high on the agenda as members enjoy the lively weekly rehearsals and light up the lives of hundreds when they perform at the numerous events across the Midlands whilst raising thousands of pounds for charity in the process.

The Choir first opened its doors on 15th September 2011 by local business woman Beth Dunn. At that time, Beth was running a junior singing, dancing and acting group called ‘SuperTroupers’ having trained at the London School of Musical Theatre. Parents began asking if they could do something similar. ‘Glee’ became popular on TV and Gareth Malone appeared on the scene too, adding to the popularity of choirs. Beth launched Got 2 Sing in Stourbridge in response. An incredible 90 people walked through the door on the first night and it has since gone from strength to strength.

Such has been the choir’s popularity, that Got 2 Sing has gone from strength to strength.

Created back in September 2011 by Pedmore based businesswomen Beth Dunn and her mum Jane, Got 2 Sing has since performed at venues across the Midlands while raising thousands of pounds for charity in the process.

7th BirthdayBeth originally formed Got 2 Sing by public demand after the formation of choirs had become increasingly popular through the likes of Gareth Malone and TV series Glee.

Beth had already been running a junior singing, dancing and acting group, called SuperTroupers, after completing her training at the London School of Musical Theatre

But she was constantly being coerced by parents if they could do something as well.

Yet even Beth was surprised when 90 people walked through the door on the first night the choir was formed. The choir has never looked back – there are now 11 Got 2 Sing choirs stretching across the Midlands, including a Stourbridge based youth choir for nine to 16-year-olds. Beth said: “I really had no idea how many people would turn up on the first night. To get 90 people was unbelievable. I only wish that we’d started the choir earlier.Since starting in Stourbridge, we now have Got 2 Sing choirs in Bewdley, Wolverhampton, Worcester, Cheltenham, Hereford, Bromsgrove and Telford. It seems more people than ever are discovering the many health and social benefits associated with singing when faced with the pressures of modern day living. The choir offers that much needed escapism for people by delivering that feel good factor that everyone needs. It just needs that leap of faith!”

Apart from performing, Got 2 Sing has raised over £105,000 for various charities through concerts, sing-outs and fun events.

Beth added: “The choir creates happiness and a friendship for people, which is a wonderful thing. I still find it heard to believe that we’ve created something which has filled out the Birmingham’s Symphony Hall on three occasions. I’m up there conducting in front of 2,200 people and it’s an amazingly powerful thing and sometimes it takes me a while to process what we’ve done!”

The choir are set to start rehearsals for their fourth appearance at Birmingham Symphony Hall in 2019 where they will be using the concert to raise funds and awareness for the Midlands based Ladies Fighting Breast Cancer charity.